We were honored to welcome multi-grammy winner "JLG & 4.40” and his 33 member crew. We produced two Sold Out concerts in Fukuoka and Tokyo respectfully. Really unforgettable! Inspired by the experience, he wrote “Una Bachata en Fukuoka” song and album that earned him more prizes. This song has been heard around the globe and Fukuoka has come to the attention of the world.

The King of Latin Music, Juan Luis Guerra, won the Grammy award in the Best Tropical Song category for "Bachata en Fukuoka” at the 11th annual Latin Grammys in 2010. The first time he performed in Japan was on our stage at Isla de Salsa in 2009. He composed this new song from the great memories of our festival. At the prestigious award ceremony in Las Vegas, he said that he wanted to dedicate the award to everyone in Fukuoka. 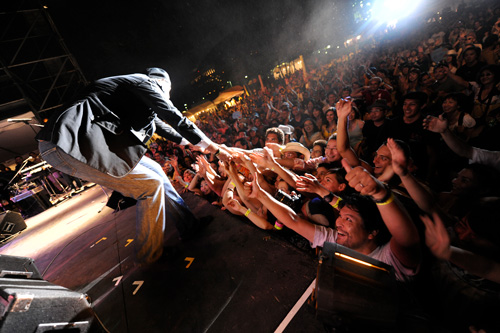 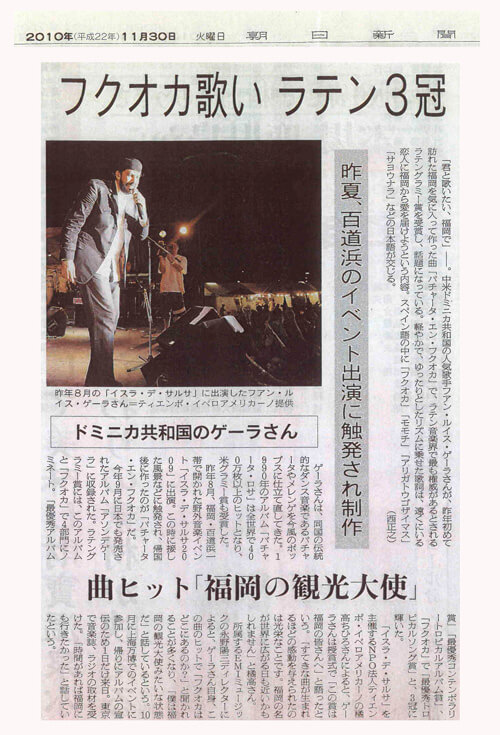 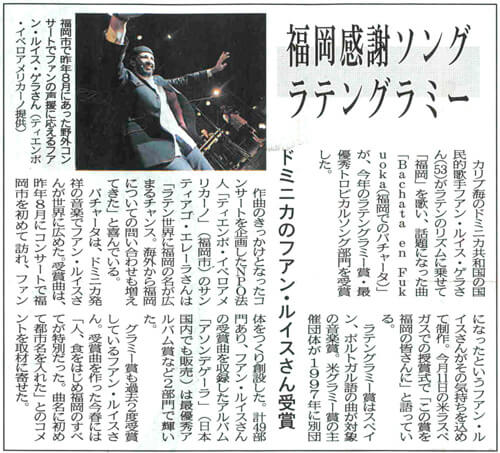 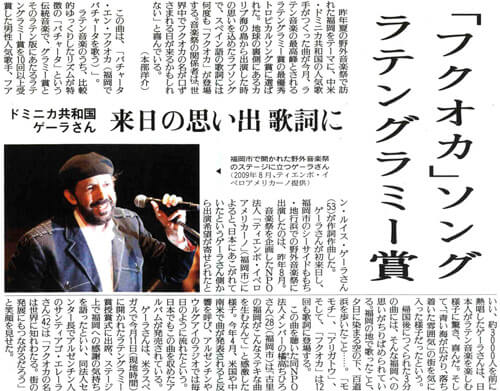